The Singapore Companies Act is the primary legislation regulating corporate entities in Singapore. The 2014 Amendment to the Act made several significant changes to the regulations that cover the formation and operation of companies in the country. The Amendment Bill aimed to reduce the burden of regulation on companies and improve corporate governance.

The most recent amendment to the Companies Act took effect March 31, 2017. See the comprehensive list of changes from the 2017 Amendment here.

After the passing of the Bill, the national regulator of business entities and public accountants in Singapore, the Accounting and Corporate Regulatory Authority (ACRA), decided to implement the Bill in two phases: Phase 1 from 1st July 2015, and Phase 2 from 3rd January 2016. This article provides a summary of key changes that were introduced in the 2014 Amendment Bill, and what these regulations mean for businesses in Singapore.

Memorandum and Articles of Association to be merged into one document
When incorporating a company in Singapore, previously two different documents were required that together described the company’s structure, its aims and the rules that govern it. As part of Amendment 2014, these two two documents have been merged into a single document called the Constitution. Companies which are already incorporated do not need to take any action, as their current Memorandum and Articles will be taken as a merged document.

Director's Report abolished
The Directors’ Report contains certain disclosures which are mandatory to be disclosed. The Amendment Act 2014 abolishes the requirement for directors to issue a Directors’ Report and attach it to the company’s Financial Statements. These disclosures now form a part of the director’s statements which will accompany the financial statements as prescribed under the Singapore Financial Reporting Standards (the “SFRS”).

This amendment reduces the amount of paperwork for annual filings.

Re-appointment of directors aged 70 and above
Previously, directors over the age of 70 could only be re-appointed with the approval of shareholders.

This requirement has been removed, on the basis that a person’s age does not determine their ability to act as a company director. In practice, it is not uncommon for people over the age of 70 to be appointed or re-appointed as director.

Directors and officers allowed to provide alternate address
Previously, directors, CEOs, and company secretaries were required to report their residential addresses to ACRA. This led to privacy concerns since address information held by ACRA can be accessed by the general public.

Impact on startups: Adds more flexibility to company operations. For example, a company secretary can be located at the secretarial firm’s office while the registered address can be the company owner’s home office.

ACRA can disbar director or company secretary
The Amendment 2014 entitles the Company Registrar ACRA to disbar directors or secretaries who fail to meet required standards. For example, a corporate officer may be disbarred if he or she is more than three months late in submitting legally required documents. In this instance, the Registrar could choose to remove the disbarment once the documents are successfully submitted.

The disbarment process ensures that irresponsible directors or secretaries will be prevented from holding similar positions in other companies. Upon being disbarred, a corporate officer is forbidden from taking on any new positions as a director or secretary – although they are allowed to keep working in any current positions.

Directors can be exonerated from liability
The Amendment introduces provisions which exonerate directors from liability. Companies can now indemnify their directors against third party liability, with the exception of a) fines in criminal proceedings, b) penalties for regulatory non-compliance, and c) criminal proceedings in which the director is convicted.
Enhanced restriction on director disqualification
Prior to the Amendment, there were restrictions in place on who could be named a director of a company. An individual was disqualified from being a director if:

The Amendment introduces an additional restriction: would-be directors will now be disqualified for a period of five years if they have acted as a director for a company struck off by ACRA in the last five years.

Enhanced restriction on loan to directors
Previously, the Companies Act forbade loans to directors or to companies in which directors had a direct interest, with limited exceptions. Under Phase 2 of the Act, these restrictions will be extended to cover quasi-loans, credit transactions, and related arrangements. This is in order to keep legislation up to date with new financial instruments that are available in capital markets.
CEOs must disclose conflict of interest
Under the Amendment 2014, CEOs will be subject to the same disclosure requirements that company directors have faced for many years. Both directors and CEOs must disclose any conflicts of interest in their business dealings, such as shareholdings in another company. This change is in keeping with a growing commitment to business transparency in Singapore.

ACRA to maintain company registers
Previously, all companies were required to maintain a physical register of members. Following the Amendment, ACRA will take over the responsibility of maintaining the registers of private companies in electronic format. Furthermore, ACRA will also maintain a central register of directors and corporate officers. The latter category includes company secretaries, CEOs, and auditors. This will improve public access to the register for informational purposes, while removing the burden of managing the registers from companies.

Repeal of requirement relating to alignment of financial year between parent and subsidiary
Previously, parent companies and their subsidiaries were required to align their financial years so that they occurred concurrently.

Enhanced audit exemption
Not all Singapore companies are required to perform annual audits of their accounts. In amending the Companies Act, the government has expanded the eligibility criteria in order to qualify for exemption from audits. The Amendment creates a new definition for a “small company” category which is exempt from mandatory audits. To qualify as a small company, the company must meet two of the following conditions:

If a company is part of a group, then the group must meet the criteria of a small group in order to be exempt from audits. Groups meet these criteria if they satisfy two of the three conditions above after all their collective resources are added up.

This change has a positive impact on startup companies as more such companies will be able to qualify for audit exemption in the early years of their lifecycle, saving them the money and time.

A public interest company is defined as one of the following:

Impact on startups: This change only affects larger companies categorized as “public interest companies” as defined above and does not impact startups.

Impact on startups: These changes reduce the regulatory burden on small, dormant companies since they have low public impact.

Relaxation of rules regarding financial assistance
Prior to the Company (Amendment) Act 2014, there were rules in place which forbid companies from providing financial support to someone who wishes to buy their shares. This means that companies cannot buy their own shares through another person. The restriction exists in order to protect creditors and to maintain the capital which a company owns.

The Amendment removes this restriction for private companies, although not for public companies or their subsidiaries. The argument in favor of this change is that private companies are generally managed by a small number of people, so shareholders should have full control over financial decisions.

Even for public companies, an exemption to the prohibition of financial assistance has been introduced in the Amendment. Public companies will benefit from being permitted to provide financial assistance for the acquisition of their own shares provided that doing so would not materially prejudice the interests of the company, its shareholders or the company’s ability to pay its creditors. This exemption can be used if the board of directors passes a resolution agreeing to the terms of the assistance to be fair and reasonable.

This amendment brings Singapore more closely in line with the system in the UK, so businesses and individuals who operate internationally can expect to see a standardization of regulations to an international norm.

Shareholder approval waived for termination payments
Previously, if an executive director of a company retired and received financial compensation, shareholders had to approve any payment that was made to the director. Under the new legislation, the approval of shareholders is not necessary when issuing payment to a retiring director under the following circumstances:

This change was made because the management of employees falls to the board of directors, even though shareholders are responsible for the appointment of directors. Given that the retirement of the director is an employee issue, it falls under the remit of the board. Note that although shareholders no longer have to approve termination payments, they must still be informed of the particulars.

Changes to insolvency payment regulations
If a company becomes insolvent, employees are entitled to be paid a portion of their salaries. The payment of employees take priority over other unsecured creditors. Previously, the limit for this priority payment for each employee was either five months’ salary or $7,500, whichever was lower.

Money matters related to buying and issuing shares
A change has been brought in to allow companies to use their share capital to pay for costs incurred in the issuing of shares.

The Amendment also allows companies to issue shares for no consideration. This is intended to allow for situations such as bonuses being given in the form of shares.

Wider acceptance of electronic communication
Following the Amendment, companies are permitted to state their default mode of communication as electronic in their company constitution. This allows them to send official documents to their members through email instead of in a paper format.

However, there are some restrictions on the use of electronic communications. When a member requests a physical copy of communications, they must be provided with such. If the email includes documents which are hosted on the company’s website, then the company must inform members of the location of these documents, through the means specified in their company constitution. Some especially important documents, such as documents related to takeover or rights issues, must be sent to members in physical form.

There are also changes to the powers of the Registrar to strike off a branch office which now can be struck off for any of the following reasons:

For details on different types of legal structures available to foreign companies when registering in Singapore, see Foreign Company Registration Options in Singapore.

Court can order buy-out instead of a wind-up
In certain cases, companies that are struggling financially can apply to be “wound up” by a court. When a company is wound up, it means that it ceases business and its assets are liquidated and redistributed.

The Amendment 2014 allows courts to order that struggling companies applying for a wind-up be instead bought out. A buy-out is where the majority share of a company is purchased by another company or individual. If the court finds compelling reason to do so, it will order that members’ shares be made available for purchase, perhaps via a broker who specializes in the sale of small businesses. By providing an option for such business consolidation instead of a dissolution, sometimes more value can be retained and some jobs can be protected. 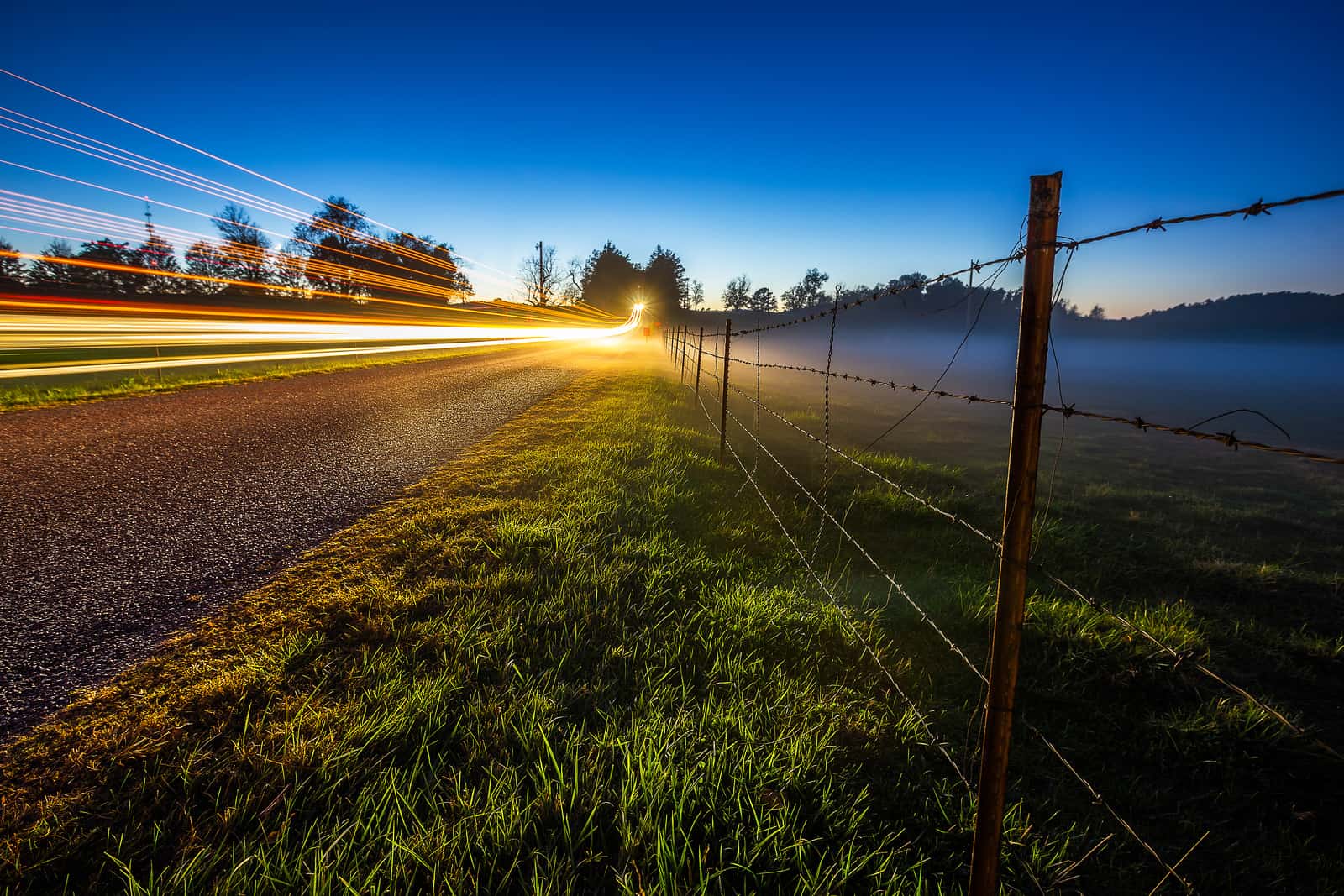 A new online platform to manage all ongoing compliance obligations of your Singapore company and keep it in good standing. LEARN MORE

These changes to the Companies Act will reduce the regulatory burden on Singapore companies, provide them greater flexibility in their operational decision making and provide greater transparency to various stakeholders.