Singapore’s political and economic system is based on the premise of well-functioning competitive markets. The country recognizes the need to ensure that its markets operate in a fair and transparent manner. It has therefore enshrined strong laws to mandate that market participants do not engage in anti-competitive behavior that can hurt consumers or other firms. This article provides an overview of the Singapore Competition Law that is designed to keep the markets competitive by penalizing anti-competition behavior. Any business professional planning to operate in the Singapore market should be familiar with this topic.

For any company or person aspiring to do business in Singapore, it is crucial to understand the Competition Law that governs all non-state businesses and economic activities in the nation. Officially known as The Competition Act 2004, the law has been effective since July 1, 2007 and promotes efficient markets at home. The Act prevents unfair trade practices and restricts the formation of cartels and monopoly activity in trade. Modelled after the UK Competition Act 1998, the law is administered and enforced by Competition Commission of Singapore (CCS), a statutory body that investigates and adjudicates instances of violations of the Act by market participants. CCS also has powers to impose sanctions that include (a) financial penalties, (b) enforcing errant companies to make structural changes, (c) requiring termination of any agreement or conduct that CCS deems will harm competition.

This article draws heavily on two sources for its information given their depth of knowledge and credibility in the market. The majority of information is sourced from the website of market watchdog Competition Commission of Singapore; additional data has been obtained from the Singapore Law portal www.SingaporeLaw.sg.

Who is Covered by the Law

The Competition Act 2004 addresses private market players, broadly identified as undertakings that include self-employed professionals, corporate bodies, unincorporated body of persons or any other entity capable of carrying commercial or economic activities in any of the markets of the nation. It defines market as a broad network of buyers and sellers trading a range of goods and services via physical, telephonic and electronic platforms in the geographical area of Singapore.

Each of these provisions are discussed below in detail.

The section prohibits anti-competition activities in Singapore in the form of formal and informal agreements between two or more undertakings with the objective of harming competition in any market. The prohibited activities include:

For additional details, see this document from the CCS.

CCS bans agreements between undertakings whose cumulative share exceeds 20% of the concerned industry market and who indulge in “price-fixing, bid-rigging, market sharing or output limitations” that adversely impact the market.

An undertaking if found guilty can be imposed a financial penalty of up to 10% of its total business turnover for each year of infringement, up to a maximum period of three years. In addition, business rivals who have suffered losses due to anti-competition action of that company can sue it for damages.

However, these penalties can be enforced only after CCS has ruled that a violation has occured and the defendant’s right to appeal has been exhausted.

This section provides a check on abuse of dominant position by large companies operating in one or more markets in Singapore. Section 47 Prohibition does not prevent undertakings from having a dominant position or striving to achieve it by offering cheaper or more innovative products. However, conduct that protects, enhances or perpetuates a firm’s dominant position in ways unrelated to competitive merit is prohibited. A dominant market participant can be penalized if found guilty of “predatory behavior towards competitors, limiting production, markets or technical developments to the prejudice of consumers, applying dissimilar conditions to equivalent transactions with other trading parties, thereby placing them at competitive disadvantage, and making the conclusion of contracts subject to acceptance by the other parties of supplementary obligations which, by their nature or according to commercial usage have no connection with the subject of the contracts.”

The prohibition applies even when the undertaking abusing its dominant position in Singapore markets is based outside the country. This includes single economic units, comprising of company holdings and wholly-owned subsidiaries. Restrictions also apply on economically independent firms who collude to adopt common policies to create a collective dominant position, so as to exploit the market.

Additional information about section 47 prohibitions is available in this document published by the CCS.

An undertaking is considered to be enjoying a dominant position in the market if it’s individual market share exceeds 60 per cent of the total market, and if it possesses the ability to profitably sustain prices, eliminate or weaken competition, countervail buyer’s power and create barriers to entry of new market players.

Once CCS has established dominance of an economic player and their engagement in anti-competition behavior, it is for the accused entity to justify its actions and prove that it has not been abusing its position.

The law holds that it is sufficient for prosecution to make a case against dominant player by merely showing the likely damage caused by their actions on market competition. An undertaking if found guilty of abusing its dominant position can be imposed a financial penalty of up to 10 % of its total business turnover for each year of offense, up to the maximum period of three years.

In addition, business rivals who have suffered losses as a result of infringement can also claim damages by initiating civil proceedings against the undertaking. However, this can be done only subsequent to CCS having ruled infringement and the exhaustion of the appeal process by the defendant.

Section 47 prohibitions do not apply in certain circumstances and to certain organizations as specified in the Third Schedule of the Act. These circumstance are:

Restrictions on mergers that reduce competition

Section 54 Prohibition bars mergers between undertakings if such a merger can result in significant reduction of competition in Singapore irrespective of their occurrence at home or abroad.

Mergers is deemed to occur when two or more independent undertakings merge into one economic unit, or when one undertaking directly or indirectly takes control over whole or part of another undertaking, or when the concerned undertaking acquires substantial part or assets of another undertaking with effect that the former can replace the latter in its business. A merger also occurs if there is a formation of a permanent joint venture between two entities to discharge functions of an autonomous economic entity.

A firm is considered to exert control over another firm if it can significantly influence the latter’s activities by right of its ownership, or by the right to use the latter’s assets or by virtue of agreements which enable it to exert significant influence over composition, voting and decision-making function of the latter.

According to the CCS, a company is deemed to exert a decisive influence over another if it claims ownership of more than 50 % rights of the other undertaking. When assessing if a merger poses significant risk to the market competition, the regulator looks for changes in market structure and concentration brought about by the merger.

CCS may prevent a merger from occurring or may impose some structural or behavioral directives if it suspects a specific merger activity will harm the competition significantly. It can also impose a financial penalty of up to 10 % of the annual turnover of the guilty firm for each year of infringement, up to a maximum of three years. Further, the concerned undertaking can be sued for damages by rivals affected by the merger.

Singapore ensures competitive markets within its economic sphere through assertive use of its Competition Act. CCS encourages pro-market mergers that create product alternatives for buyers by creating rivals to an incumbent vendor, and neutral mergers that have little impact on market. It also approves company consolidations where the economic efficiency gains surpass any harm to competition. Also exempted from prohibitions of the Competition Act are mergers between SMEs, the entities listed under the Fourth Schedule of the Act and the mergers related to activities specified in the Third Schedule.

Business investors and companies will benefit from building a compliance program in their business model that educates their staff and management about the competition related laws to reduce the risks of potential business infringement. An effective compliance program will also protect them against anti-competition activities of their rivals by raising awareness and alertness to such activities. Finally, genuine and demonstrated adherence to competition in the market enhances a business’ public profile and credibility in the market. 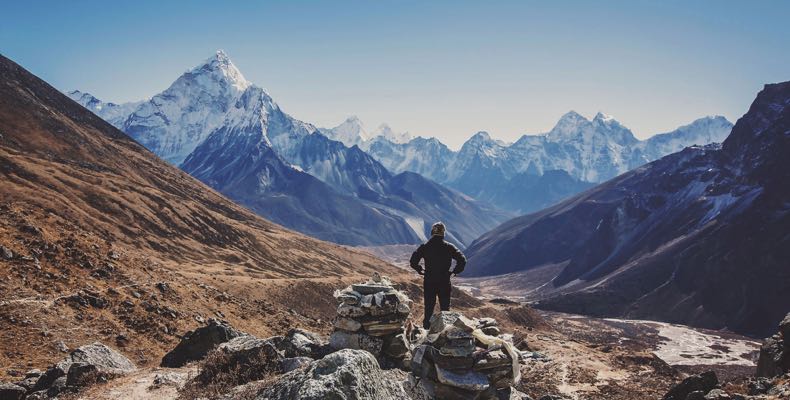 
For general topics on how to plan and grow your startup, see our Startup Mentor section. For specific details of how to launch and manage your startup in Singapore, see our Launch in Singapore section.