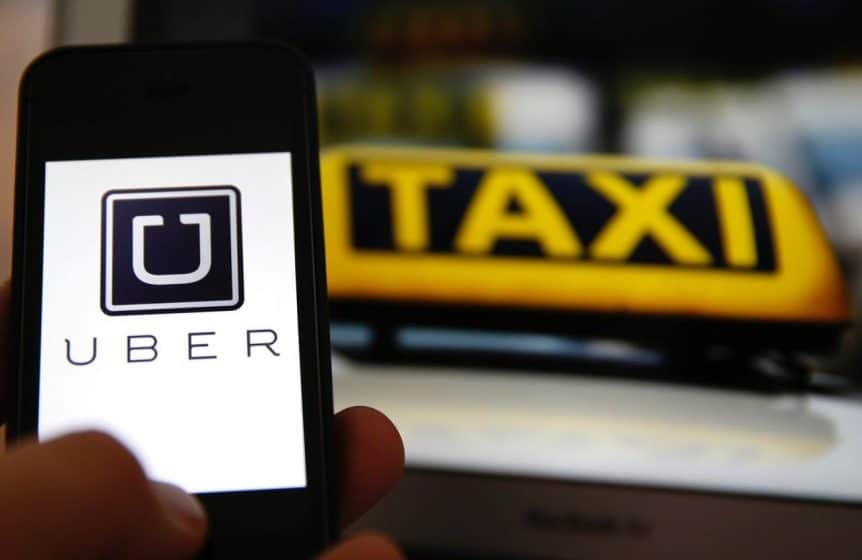 Founded in 2009, Uber is a ride-sharing service that connects users who are looking for a ride with drivers via a smartphone app. Uber doesn’t provide its own vehicles or drivers, working instead with private individuals who serve customers from their own cars; Uber checks their driving license and performs a background check. Riders can pay for the service directly via their smartphone and track the location of nearly drivers using the Uber app.

In the six years since it was founded, Uber – now valued at 51 billion USD – has expanded its service to 58 countries and 300 cities worldwide. There is a growing backlash against it from the incumbent taxi companies as Uber steals business away from them. Why has Uber been able to disrupt traditional taxi providers so effectively?

The status quo prior to Uber

In the US, Uber’s primary market, the taxi industry is heavily regulated. Fares are set by local government, and complicated licensing requirements are a high barrier to entry. For example, in New York City, taxis that want to pick up drivers on the streets much purchase a medallion to operate legally; as recently as 2013, these medallions cost in excess of $1.05 million!

In many cities, there is even a limit on the number of vehicles that are allowed to be in business at any given moment! These barriers entrenched the existing players who were able to control their local markets. These monopolistic economic conditions lead to the dominance of vested interests and a lower quality of service. Having little economic incentive to provide a good service, traditional taxi services are often dirty, manned by poorly-qualified drivers who don’t know the fastest route from point A to B. Communication between driver and customer is poor or non-existent.

Uber’s business model is an extremely disruptive one that is fast outcompeting traditional providers on quality, profitability, and efficiency. According to a report by Princeton economist Alan Krueger, Uber is rapidly attracting new drivers and paying them more than traditional taxi companies. The company has experienced growth of 400% per annum, compared to 16% for its competitors.

Drivers are attracted to a company that promises them more money, allows them to set their own hours and doesn’t burden them with exorbitant licensing fees. Riders benefit as they have more taxis to choose from, an easy-to-use app facilitating contact with drivers, and pricing that varies according to the laws of supply and demand.

Uber is reinvesting a portion of its profits into self-driving cars and plans to have its own fleet by 2030. This is a company that wants to continue to lead technological innovation for years to come.

What we can learn from Uber’s success

From a startup perspective, Uber’s success is further proof that it is better to launch an imperfect product than to let perfectionism prevent you from obtaining market feedback – launching quickly allowed Uber to obtain first-mover advantage. Although it currently dominates the ride-sharing industry, Uber is not a perfect company. Its app is patchy, customer service is sometimes lacking in empathy and the quality of drivers and vehicles varies wildly.

Uber’s disruption has introduced competition to an industry once dominated by entrenched incumbents. Uber’s main competitor, Lyft, has recently launched a partnership with Chinese ride-sharing company Didi to allow Chinese customers to use Didi in the US and vice versa. A new app, Fasten, touts the benefits of its lower driver commission and avoiding surge pricing schemes. The competition between Uber and its rivals is great news for customers, it will lead to improvements in service and lower prices.

Reducing barriers to market entry benefits customers and society as a whole. Although Uber is a ride-sharing business on paper, it’s real competitive advantage lies in its ability to knock down barriers to entering the taxi industry. It has done this by repeatedly defying fines, regulations and lawsuits. The result: more taxis, more jobs and a flexible pricing system that suits both customers and drivers.

Uber’s defiance of regulation has created a taxi ecosystem in which the supply of taxis can keep up with customer demand. This is a reminder that allowing the market to set prices guards against the inefficient allocation of resources, preventing wasteful over-investment as well as gaps in service. One of Uber’s competitors, Arro, has yet to learn this lesson; it supports “fair pricing” that does not allow drivers to increase prices if customer demand surges.

The same disruption that is beneficial for consumers is bad news for incumbents. Medallion prices have fallen drastically in major US cities like New York, Boston and Chicago. Instead of responding to competition by providing a better service, existing taxi companies have called on local and state regulators to ban Uber. In fact, Uber has spent much of its life-fighting in courts for the ability to offer any service at all. In London, efforts to ban Uber have been countered by a petition signed by thousands of its happy customers.

Despite Uber’s success in defeating the regulators, consumers still demand some licensing for their own security. Uber drivers have to hold insurance and a valid driver’s license. The key takeaway for startups is that traditionally staid sectors that are protected by government regulation can be conquered by an agile and innovative startup if it comes up with a market-driven business model centered that provides clearly superior customer experience; the customers will help it take down the regulations. Given Uber’s popularity with consumers and successful defiance of lawmakers, perhaps this is the start of entrepreneurs challenging government monopolies in other areas such as health, law, energy and education.