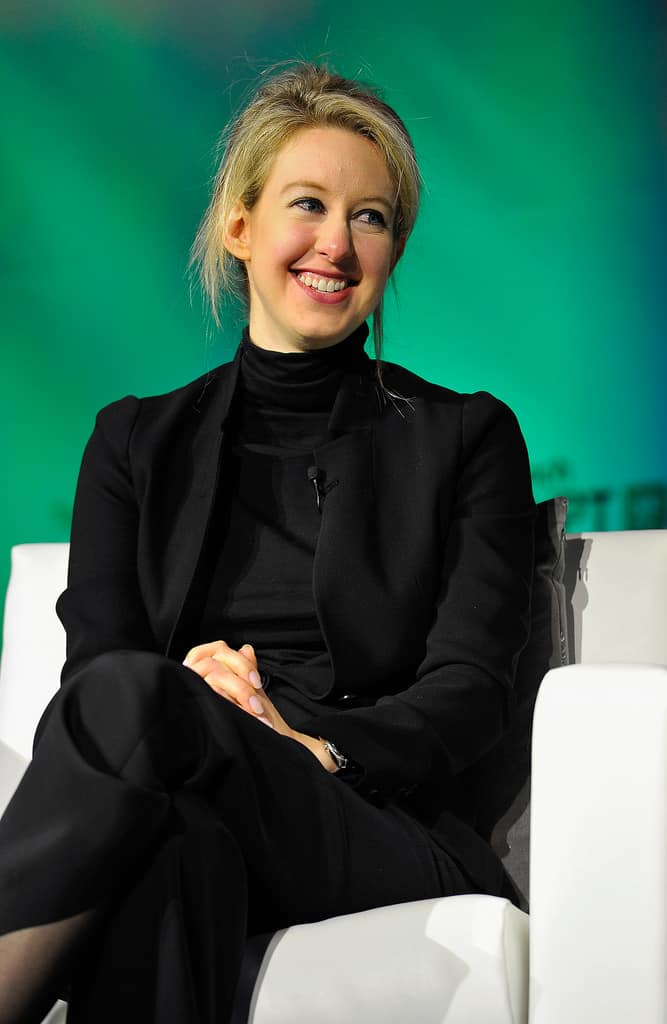 The medical diagnostics startup Theranos has been through a wild rollercoaster ride in the last few weeks. Once lauded as one of the most innovative healthcare firms, it is now considered to be Exhibit 1 for the investment bubble that has created a herd of overvalued unicorns with dicey future prospects. What lessons can other entrepreneurs learn from the Theranos affair?

The word “Theranos” is a portmanteau of the words “THERAapy” and “diagNOSis.” Founded in 2003, Theranos is a medical diagnostics startup that performs a wide range of lab tests on human blood in order to detect disease or abnormalities. The company’s key innovation is that it can conduct these tests using a tiny sample of blood taken through a finger prick and stored in a “nanotainer,” thereby removing the need for painful needle pricks to draw vials of blood. It also claims to perform these tests more quickly and cheaply that incumbent laboratory firms thus reducing healthcare cost and improving patient experience.

Theranos was founded by Stanford student Elizabeth Holmes when she was 19; she was inspired partly by her own aversion to needle pricks. She dropped out of Stanford to pursue the startup. An attractive and articulate individual, she captured the imagination of the Silicon Valley investor community and raised more than $400 million in venture capital from investors that include Oracle founder Larry Ellison. At its last funding round, the firm was given a valuation of $9 billion. Based on that valuation, Holmes’ stake in the firm was valued at nearly $4.5 billion, making her the youngest self-made billionaire woman of all times. Holmes has been honored with numerous awards including the Horatio Alger Award, and has appeared on stage at the World Economic Forum and the Clinton Global Initiative. In other words, she has become a bonafide member of the global elite.

Theranos aims to provide a) cheaper, b) quicker and c) less painful blood tests. It asserts that the cost for its tests would be so low that they can be ordered by a patient without having to seek insurance approval or a physician’s involvement.

Does its claim of a less painful blood draw (through a pin-prick versus a needle) satisfy a large unmet market need? The anecdotal evidence is somewhat dubious. Given that even the most needle-phobic patient would submit to lab tests conducted using a needle in the event of serious illness, the demand for a “less painful” blood draw is not a huge market opportunity.

How about the ability to self order blood tests? Theranos plans to eliminate some of the middlemen (such as doctors) and reach a new class of customers by enabling patients to self-order its tests. In Arizona, Holmes has successfully lobbied for a law that allows patients to obtain a blood test without the permission of their doctor. Will the ability of patients to order tests on their own without involvement from insurance or a physican lead to better healthcare? That case has not been proven. Such a model is likely to result in overuse of diagnostics with the resulting unnecessary cost and anxiety to the patient.

Although Theranos’ tests cost a fraction of its competitors’, it is unclear whether competing on price alone is a sustainable long-term business strategy. In the medical industry, accuracy and reliability generally trump low prices, and it is hard to match the massive economies of scale enjoyed by giant competitors such as Quest and LabCorp. That said, if diagnostic performance is equivalent, undercutting competitors’ prices is a valid business approach. There is also a business case to be made for improving the customer’s experience by providing less painful blood draw and quicker results. But the fact remains that low cost, fast results and less painful blood draw are minor conveniences while the most important factor for a company such as Theranos is accuracy of its results. Without accurate results from its technology, the business model is not sustainable. And that is precisely what the WSJ claims is the case with Theranos’ technology.

On 16th October, investigative journalist John Carreyou published an article in the WSJ that called Theranos’ value proposition and ethics — not to mention its 9 billion dollar valuation — into question. On the basis of interviews with former senior staff, Carreyou asserts that Theranos is only running a limited number of tests using its proprietary finger-prick technology and the vast majority of its tests were being secretly performed on equipment purchased from traditional vendors. The article further alleged that Theranos’ proprietary equipment and procedures provided inaccurate results, were not ready for the market and may never get there.

Carreyou further alleges that Theranos’s proprietary technology collects such a small amount of blood that the company has often had to resort to dubious practices to increase blood sample volume to the specifications required by traditional machines. According to Carreyou, these practices include dilution, a technique that increases the probability of obtaining erroneous results in many tests, including those for glucose, calcium and proteins. Initially, the company vigorously disputed these claims but subsequently confirmed most of them by its indirect actions. Since the article was published, Theranos has admitted that it has stopped using its proprietary methodology for all but one relatively simple test for herpes.

Following the publication of Carreyou’s article, the Food and Drug Administration (FDA) ruled that Theranos’ nanotainers are an unapproved medical devices for any non-herpes-related tests. Additionally, Walgreens has said that it will not open new Theranos wellness centers until the questions about the company’s technology has been resolved. Just this week, WSJ reported that Safeway had decided to break up a $350 million partnership with the company due to concerns about the accuracy of its test results.

In a statement on its website, Theranos has denied many of the WSJ’s allegations, painting Carreyou and his sources as individuals on a quest to bring the company down. But the company “doth protest too much, methinks”. Its statement contains a lot of hand waving and very little scientific data about the accuracy of its equipment. And its protestations inadvertently provide verification of many of the WSJ allegations. Its statement points to approval by industry leaders, high levels of customer satisfaction, low prices and short patient visiting times but very little hard scientific data about the accuracy of its equipment and procedures. As its PR strategy, the company has stuck to its core message by maintaining that it saves lives by helping medical professionals identify problems early. Yet, if those results are not accurate, it may in fact be harming those lives through inaccurate results that lead to inappropriate and dangerous treatment.

The Theranos affair offers a rich motherload of interesting lessons for entrepreneurs. Here are some of them:

Excessive secrecy is inappropriate for a consumer oriented firm. Respected medical academics had been raising concerns about the secretive nature of Theranos’ research well before the WSJ expose. Even after unrelenting criticism, the firm continues to be very secretive. For a consumer-focused firm, this is a foolhardy strategy; the firm is rapidly losing trust with its customers who will then be unlikely to use its service in the future. Entrepreneurs should be straightforward with their customers; the pit of lies that Theranos has dug for itself may be so deep that this strategy is unavailable to it at present.

Innovation is a high-risk business, where high rewards and equally deep setbacks can arrive suddenly. Theranos claims that it is trying to introduce extremely innovative technology that uses a fundamentally different approach to testing than that used by traditional laboratories. But there are inherent risks in such innovation; one of the founders of the firm, Dr. Ian Gibbons, committed suicide in 2013 because “nothing was working”. Entrepreneurs need to have the right mind set so that they are ready to confront the highs and lows that a new technology will encounter.

Regulatory risk must be carefully managed in some industries such as healthcare. Many of Theranos current problems stem from the extreme disapproval that the FDA has expressed for its practices. In US healthcare, the FDA is effectively the god, without whose blessings no firm can survive. But similar gods are present in many regulated industries and entrepreneurs need to stay on their good sides.

False narrative do not survive. Theranos hid many of its technical problems from the public and the regulatory authorities for too long. Under the guise of protecting its IP, it prohibited any scrutiny of its technology. But once the truth came out (which it always will), the collapse of the firm’s reputation has been swift and brutal. The lesson: while entrepreneurs do not need to provide all negative information to the public, creating a false narrative about your firm that directly contradicts reality is a very dangerous strategy. It will rarely succeed. If the allegations about Theranos turn out to be true, it is likely that the firm will face multitudes of lawsuits from customers and investors.

Private market are fickle and their valuations are unreliable. The press continues to use the $9 billion valuation that the company received at its last round and the consequent $4.5 billion net worth of Holmes. However, it is very unlikely that the firm’s current valuation is anywhere near the $9 billion figure. In fact, the Theranos affair has started a close scrutiny of the excessive valuations of the many unicorns in the private market. Entrepreneurs should, therefore take the private valuations of their firms with a dollop of salt and not let them get to their head.

The battle between Wall Street Journal and the company is continuing. More comprehensive information is available if you would like to learn more about this affair.