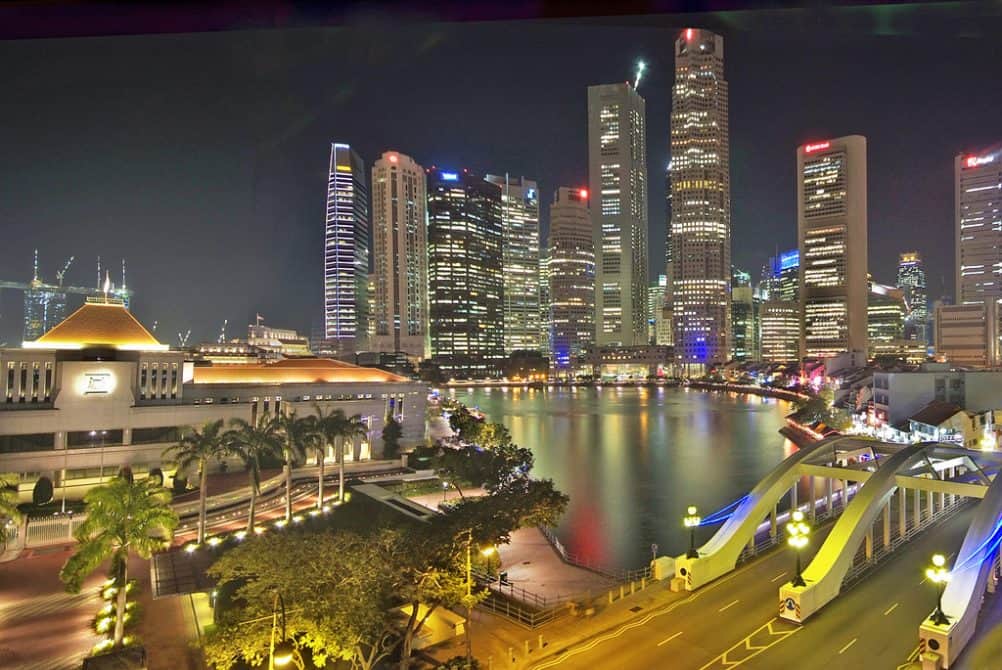 To learn more about Singapore, see our article on the benefits of incorporating in Singapore.

If you are planning to conduct business in Singapore, you should be familiar with its political system. This familiarity will help you develop a better understanding of some of the administrative structures and policies of the country. Singapore became a country on August 9, 1965, and, for the fifty year period since, the People’s Action Party (PAP) and its charismatic leader, Lee Kuan Yew have dominated its politics. Prior to independence, it had been part of the British Empire from the end of World War II until 1963. Then, it spent two contentious years as part of Malaysia until it broke away in 1965. The article describes the political system that has been established since this break away.

Singapore's first and most influential Prime Minister, Cambridge educated Mr. Lee created the “Singapore model”, which transformed the former sleepy British colony stuck in the economic backwater into the prosperous, gleaming metropolis it is today. The New York Times described the Singapore model as “a mix of semi-authoritarian, one-party rule; meticulous urban planning; laissez-faire economic policies; low taxes; and heaps of imported foreign talent.” The Singapore model is highly centralized and meritocratic, with government officials appointed to their jobs based on skill and performance rather than elected. As a result, the government runs efficiently and rationally. Singapore has almost no corruption in an area of the world where corruption often runs rampant. In the interview below, Mr. Lee looks shares his views on Singapore’s development and its place in the emerging world order.

Under the PAP, the government has taken a central role in promoting business. Singapore has many nationalized companies across a variety of industries. Moreover, the government has kept taxes low and regulations minimal to encourage private businesses; and it has actively sought out foreign investment, by providing incentives for entrepreneurs seeking to do business in Singapore.

Mr. Lee stepped down from power in 1990, although the PAP continued its rule. He died on March 22, 2015. Now that Mr. Lee, and the respect Singaporeans gave him even after his retirement, is gone, it remains to be seen whether the PAP can hold onto power. While still elected in 2011, it won only 60% of the popular vote. The next round of elections are set for 2017 but may be called earlier. Singaporeans are increasingly dissatisfied with bread-and-butter issues, such as immigration and the high cost of living.

Singapore’s political system, which it borrowed from the British, is a Westminster-style democracy. It is based on a Constitution that gives every adult in Singapore the vote, a Prime Minister, a Parliament, an independent judiciary, and multi-party elections.

As stated in Article 4, Singapore’s Constitution is the supreme law of the land, meaning that the legal principles laid down in the Constitution cannot be overridden by another law.

In addition, the Constitution lays out fundamental liberties given to every Singapore citizen, including:

In Singapore, the Parliament has three main functions:

MPs are elected by General Election and have full rights to debate and vote on any bill presented in the Parliament. NCMPs, often referred to as the “best losers”, are the best performing losing candidates from an opposition party that won no seats in the General Election. NCMPs have many of the rights as Elected MPs, but not all. NMPs are nominated by a Special Select Committee and appointed by the President to a 28-month term in the Parliament. NMPs are not affiliated with a political party and do not represent the public. NMPs are industry experts or individuals who have rendered great service to Singapore. NMPs can take part in all debates, and vote on limited types of bills.

Each cycle of the Parliament lasts five years, although the Prime Minister can dissolve the Parliament at any time. A new General Election must be held within three months of dissolving a Parliament.

If you are a troublemaker… it’s our job to politically destroy you… Everybody knows that in my bag I have a hatchet, and a very sharp one. You take me on, I take my hatchet, we meet in the cul-de-sac.Lee Kuan Yew

Under the parliamentary system, the President is ostensibly the head of state, but the post is largely ceremonial. The real leader of the government is the Prime Minister. The Prime Minister is selected by the President as the member of Parliament thought best situated to lead. In Singapore, that has always been the leader of the political party with the most elected members.

The Executive branch is charged with the administration of the government. It manages its day-to-day operations from the highest levels at the Cabinet to the civil servants who serve average Singapore citizens.

The Cabinet is the heart of the Executive branch of government. The Prime Minister leads the Cabinet and advises the President on appropriate appointments for the Ministers in the Cabinet. The President appoints the Cabinet Ministers, who are chosen from the sitting Members of Parliament. The current Cabinet includes a Ministers of Defense, Finance, Manpower, Health, Education, Trade and Industry, and National Development.

The civil service, which employs 60,000 people in Singapore, administers the government’s programs. It is based on the British Civil Service. Civil service jobs can belong to one of the following sectors: social, economic, security, teaching, uniformed, corporate, and administrative.

The Public Service Commission is responsible for appointing, removing and disciplining high-level civil servants. Its purpose is to ensure the integrity, impartiality and meritocracy of the Civil Service.

The Judiciary hears civil and criminal cases brought before it by individuals, businesses or government bodies and, through those cases, interprets the law. The Judiciary has a two-tier court system with State Courts and Supreme Courts. The State Courts are trial courts while the Supreme Courts are courts of appeal, although they can also try certain serious cases. The Court of Appeal is the highest court in Singapore and has the last word on interpreting the law. The Chief Justice heads the Court of Appeal.

The Judiciary functions independently from the other branches of government, although the President appoints The Chief Justice, Judges of Appeal, Judicial Commissioners and High Court Judges from candidates nominated by the Prime Minister.

Singapore uses the common law legal system, where decisions rendered by a court becomes binding precedent for courts of equal or lower status. Please see our article on Singapore’s Legal System if you are interested in learning more about the Judiciary.

Singapore law allows for power to be held by any political party. In practice, however, the People’s Action Party (PAP) has dominated every election thus far. The largest opposition parties are:

Since independence, the PAP has dominated the political system of Singapore.

Two types of elections occur in Singapore, Presidential, and Parliamentary. Participation in every election held in Singapore is mandatory. All Singapore citizens over the age of 21 must vote, or risk losing the right to vote in subsequent elections.

A presidential election must be held within six months if the office of the President becomes vacant during a sitting President’s term and within three months of the conclusion of a previous President’s term.

The President is elected to a 6-year term.

All candidates for the Parliament must be nominated prior to declaring their candidacy. If only one candidate’s nomination is accepted for a specific constituency, that candidate is declared elected, and no vote will take place. The winner of contested constituencies is decided by popular vote.

Parliament may be dissolved at any time by the President with advice from the Prime Minister. A General Election must be held within three months of dissolving Parliament.

A member of Parliament is elected for a 5-year term.

Singapore is a stable, well-functioning democratic country. It has a parliamentary system of government where an elected President acts as the Head of State. The Singapore Parliament consists of a single house, which is elected every five years through a general election. The President appoints the person who is likely to command the confidence of the majority of the Members of Parliament as the Prime Minister of the country. Although Singapore is a multi-party nation, the People’s Action Party (PAP) has been the dominant force since independence, regularly winning well over 60% of the vote.