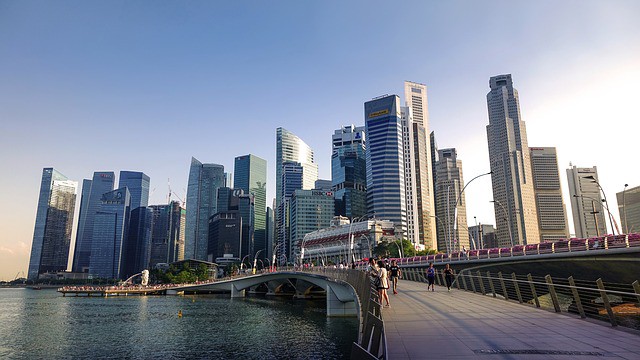 Singapore has been ranked as the best place to do business (amongst 189 countries) by the World Bank Group. Many factors have contributed to making Singapore an attractive place for entrepreneurs to do business.

Here is a roundup of the recent rankings of Singapore which attest to its high quality of life and the ease of doing business in the country:

The Safest Country to Do Business

Pinkerton, a global risk management company recently released a Risk Index Report that evaluates the threats present in each country. According to the index, Singapore is the safest country to do business. Pinkerton’s report is prepared after analysing 83 variables for all countries. These variables include natural disaster, terrorism, diseases, economic issues etc. Singapore’s rank in the index provides reassurance to businesses who wish to establish or expand their businesses in Singapore.

One of the Least Corrupt Nations

Singapore is the 8th least corrupt nation in the world and the 2nd least corrupt nation in Asia Pacific according to the Corruption Perception Index released by Transparency International. The index ranked a total of 168 countries. A country’s ranking is based on its public sector corruption and the scores range between 0-100. Countries ranking 0 are highly corrupt, the countries that ranked 100 are the least corrupt. Singapore’s score was 85 out of a total 100. The Corrupt Practices Investigation Bureau (CPIB) in Singapore said in a statement that “This is a testament to Singapore’s continued vigilance, commitment and zero-tolerance approach in our fight against corruption.” CPIB further stated that the ranking by the index is proof to the fact that Singapore is one of the least corrupt nations in the world.

Amongst the Top 7 Technology Ready Economies

The World Economic Forum’s Global Technology Report includes Singapore amongst the top 7 economies of the world that are most technology ready. The other six countries are Finland, Switzerland, Sweden, Israel, Netherlands and United States. The report highlights that these economies are completely ready for digital technology and innovation. Additionally, the report states that these countries have made an impact on their economy from investments in Information and Communications Technology (ICT). In fact, Singapore topped the Report’s Network Readiness Index (NRI) which measures a country’s performance in the providing internet connectivity.

Singapore is the third best financial centre in the world according to the Global Financial Centres Index (GFCI) released earlier this year. Overtaking Hong Kong, Singapore ranked 1st in Asia this year. The index is based on a study conducted semi-annually by Z/Yen Group. The index assesses each financial centre on a total of 1,000 points and looks into 5 areas which are a country’s business environment, its financial sector development, and quality of labor, infrastructure, and regulations. Singapore’s efficient legal system and its regulator ( Monetary Authority of Singapore) are two important reasons for Singapore to be included in the top 5 ranks in the index.

The Best 2 Universities of Asia are in Singapore

The Times Higher Education Asia University Rankings 2016 state that the best two Universities in Asia are in Singapore. The National University of Singapore and Nanyang Technological University ranked 1st and 2nd respectively in the Asia University Rankings. Gerard Postiglione, the chair professor in higher education at the University of Hong Kong said that “Singapore also has a very high-quality school system and its immigration policy makes it possible to bring in talent.” The efficient education system in the country contributes to the high quality of life in Singapore.

Mercer’s 18th Annual Quality of Living survey revealed Singapore as Asia’s best city for expatriates. The survey analysed factors such as safety, health, consumer goods, public services, school etc. for 440 cities across the globe. According to the index, Singapore’s global rank is 26.

On the downside, the Mercer’s 22nd Cost of Living survey ranked Singapore as the 4th most expensive city in the world and the 3rd most expensive city in Asia. The rankings include 209 cities around the world that are measured on the basis of 200 factors such as location, food, transport, household goods etc. The main aim of the survey is to assist multinational companies to determine the compensation payable to their expatriate employees.

If you wish to relocate to Singapore, the mercer cost of living index will be very helpful for you to understand the cost of basic necessities such as food, clothing, housing etc.

Please continue to visit our blog for the recent events and rankings in Singapore.