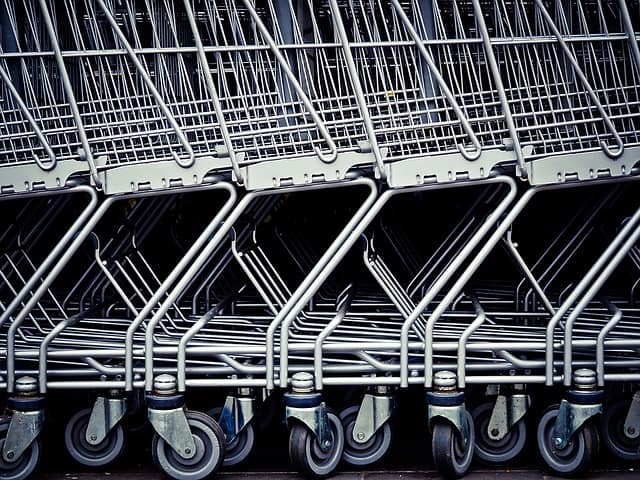 The internet economy in Southeast Asia is on the rise. Its middle class is expanding. Internet penetration in the region is increasing. Both of these signal growth for the e-commerce market in the region. According to a study conducted by Google and Temasek, the e-commerce in Southeast Asia is projected to reach US$ 88 billion by 2025 with Singapore at the center of it all.

Southeast Asia is made up of 10 nations: Thailand, Indonesia, the Philippines, Vietnam, Malaysia, Myanmar, Laos, Cambodia, Brunei and Singapore. The 10 members have a total population of approximately 625 million. The large population is particularly attractive for its youth and new found spending power. Approximately 70% of people in Southeast Asia are under the age of 40. Moreover, 190 million people in this region are now considered middle class with disposable incomes ranging from US$16-100 per day.

With greater access to mobile networks, Southeast Asia is currently the fastest growing internet market in the world. Each month 3.8 million people gain internet access—adding to the current base of 260 million users that is projected to grow to 480 million by 2020.

E-commerce isn’t limited to consumers. A study from Frost & Sullivan estimates that the global business-to-business (B2B) market will grow to US$ 6.7 trillion by 2020.

The business opportunities that come with of greater demand for e-commerce in the region also present new challenges; Singapore has already positioned itself as the best country to meet this challenges head on.

Singapore is well positioned as an e-commerce investment hub

The Google and Temasek’s study found that “a total of US$ 40-50 billion must be injected over the next 10 years to make Southeast Asia a 200 billion internet economy in 2025”. The region needs capital and most recent reports find that the best place to find funding has been Singapore.

In 2015, Southeast Asia received approximately US$ 1.1 billion in venture capital funding with a total of 355 deals. Singapore led the region with 131 total deals totally US$ 820 million. Furthermore, investments in e-commerce startups have continued to flourish in Singapore, especially within the last year.

In 2016, Lazada, the Singapore based e-commerce platform, received an investment of US$ 1.38 billion from Chinese e-commerce firm Alibaba. Now with 83% control, Alibaba plans to leverage Lazada’s already established operations in Singapore, Thailand, Malaysia, Indonesia, Vietnam and the Philippines to expand into Southeast Asia.

At the start of 2017, SEA Ltd. (formerly Garena) received US$ 757 million in funding in order to expand its Indonesian based e-commerce store Shoppee.

With a population of 5.6 million, Singapore makes up less than 1% of the people who live in Southeast Asia. However, Singapore has attracted 27% of all the e-commerce startups in the region—including the most startups valued over US$ 10 million, US$ 100 million and US$ 1 billion. The disproportionate trend is best explained by Singapore’s reputation for ease of doing business.

Lastly, the government of Singapore is world renowned for its efficiency and low rates of corruption. The strong legal system in Singapore allows for the fastest resolution times for contract disputes in all of Asia. Singapore’s Parliament continues to reduce the burden of government on business. While also establishing policies that promote free trade.

Cross-border trade will likely continue to be a driving factor for the growth of e-commerce in Southeast Asia. A study conducted by PayVision shows that “an estimated 55% of all e-commerce in Singapore and 40% of all Malaysian e-commerce is cross-border, an extremely high percentage compared to cross-border e-commerce figures for Japan (18%) and South Korea (25%)”.

To facilitate trade in Southeast Asia, the 10 nations that form the region have created the Association of Southeast Asian Nations Economic Community (AEC). The goal of the AEC is to make Southeast Asia a globally competitive single market, with a free flow of goods, services, labor, investments and capital across the 10 member states. The AEC offers e-commerce companies easier access to enter and expand into the Southeast Asian market—with Singapore making a strong case as the best entry point.

Approximately 99% of all imports and exports are tariff exempt in Singapore; this lowers the cost of goods bound for other AEC nations. In addition, the Singapore government has passed forward-thinking e-commerce policies to protect consumers—a key step to building trust with Southeast Asian shoppers who see a high amount of fraudulent activity. Lastly, Singapore offers the best foreign market access of any of the AEC nations with 20 bilateral and multilateral free trade agreements with countries including the United States, India, China and Japan.

Southeast Asia faces logistics challenges that it must overcome for the e-commerce industry to grow. As stated by Roger Egan, the CEO of Singapore based online grocer RedMart, “The lines are blurring between logistics and e-commerce. There is a misconception that e-commerce is all about the front end — website design and mobile applications. But those who can control the entire supply chain and logistics will win”.

Singapore’s key geographic location has made it a logistics hub for goods moving through Southeast Asia. The Port of Singapore sees millions of containers each year, while Singapore’s Changi Airport sees more air cargo than any other airport in Southeast Asia.

Moreover, with increased demand in air freight from online shoppers, the Civil Aviation Authority of Singapore has recently opened the e-commerce AirHub at Changi Airport. The fully automated facility can handle more than 9,000 parcels a day that has reduced the total time for outbound deliveries from six hours down to three.

On the ground, Southeast Asia’s developing nations pose new challenges for shipping that Singapore logistics startups are eager to tackle.

Singapore based Ezyhaul, dubbed “Uber for Logistics” stated in an interview with Tech in Asia that, “In Southeast Asia, over 65 percent of all trucks return empty after delivering their loads. Furthermore, the average load factor of trucks on the road is less than 40 percent. So there is a lot of empty truck space moving around unutilized.” Ezyhaul works with enterprise trucking companies in Singapore and Malaysia to quickly match shipments with unused cargo trucks. After a seed round funding of US$ 840,000, the logistics company plans to also make shipping more efficient in Thailand and Indonesia.

The growth of Southeast Asia’s internet economy brings new opportunities for e-commerce. More residents of the region for the first time will have access to buy and sell goods online. New business models, online platforms and logistics companies will all be needed to keep up with fast growing demand.

To expand and thrive, these new businesses will need financing. They will require easy access to cross-border trade. And they will need world-class logistics. All of which Singapore is more than ready to provide.