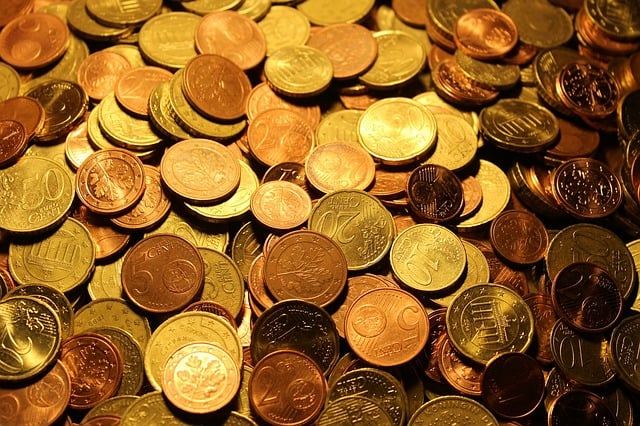 In 2017, there have been 125 initial coin offerings (ICOs) so far. These have collectively raised over US$ 1.5 billion worldwide. This new funding model has seen a boom since its first appearance in 2013. Using this model, startups are able to raise millions of dollars within minutes by selling virtual coins to investors. As a world financial center, Singapore has been host to some of the most successful ICOs.

Although ICOs are still young, they are already offering new opportunities for companies in Singapore to secure funding.

An ICO is a tool for startups to raise funds by selling their own company specific digital currencies, also referred to as virtual tokens or coins. The funds raised through an ICO go directly to the company which allows startups to circumvent traditional funding methods such as venture capital or angel investors.

The logistics of an ICO are based on a mixture of two funding models: an initial public offering and crowdfunding. Similar to an IPO, a blockchain startup or project offers a finite number of virtual coins, which investors can purchase using a cryptocurrency–usually BitCoin or Ether.

However, unlike an IPO, the coins do not represent shares of equity in a company. Instead, akin to crowdfunding, investors purchase coins that can later be exchanged for products or services once the company is up and running. In other words, these coins are like coupons that can be used to purchase future products from the company. In the case of Golem Network, users exchange Golem coins to purchase unused computing power from machines on the network.

For an early stage startup, an initial coin offering can raise funds in the same range as a seed or Series A round of funding–without the need to give up control of the business to a venture capitalist or an angel investor. And as the company matures, new “seasoned” coin offerings could be used to finance and launch new products and services.

Currently, the vast majority of coins are being launched to fund blockchain companies and projects. However, it’s not hard to imagine initial coin sales spilling over into more mature industries. The messaging app Kik plans to issue 10 trillion Kin coins that will help fund and run a new rewards program within the app. Kik users will earn Kin the more they use the app, which they can use towards buying rewards from premium content to movie tickets.

Once an ICO has ended, coins can be traded on a secondary exchange, which has led to the popularity of cryptocurrency speculation. Much like a bullish position in stocks, ICO investors hope a successful project will cause the coin’s value to rise. For some cryptocurrency investors, speculation has paid off.

Previously, only venture capitalist and angel investors with the right contact networks could achieve those kinds of returns in hyper-growth startups. However, with easy access to cryptocurrencies, anyone can profit from the potential gains of an initial coin as long as they’re willing to take on the risks.

The potential hazards of ICOs

Transparency has become a main concern for ICOs. By design, transactions in cryptocurrencies like Bitcoin or Ether are anonymous: instead of directing funds to a bank account, cryptocurrencies are transferred to an anonymous 25-36 digit key. Coin issuers therefore never have to identify themselves. Furthermore, project founders release little more than a white paper and a website to provide potential investors with information. As a result, some ICOs have been used to create elaborate scams.

In January 2017, Rothschild & Co., one of the world’s most respected holding companies, warned the public against the spread of a fraudulent virtual currency called “LCF Coins” or “Rothschild Family LCF Project”. The unidentified founders used the Rothschild & Co. name to give credibility to LCF Coins that offered coin holders access to fund claiming to invest in virtual currencies and the “Internet of Things”. Upon further investigation Rothschild & Co. realized payouts structure of LCF Coins were similar to a Ponzi scheme.

Singapore, as one of the leading destination for ICOs, has not escaped cryptocurrency scams. In an article with VentureBeat, TenX CEO Julian Hosp warns of “circle schemes”. As Hosp outlines, a well-known influencer will attract as many potential investors as possible to an ICO in return for a deep discount on the virtual coin. Post ICO, the influencer will continue to promote the coin in order to inflate the price. During the ensuing frenzied demand, the influencer sells their entire coin holding on a secondary exchange. This “circle scheme” allows influencers to potentially make millions of dollars in a few short weeks. All the while, coin holders watch as the price of their new invest falls.

The prevalence of scams can be largely attributed to the lack of regulation in the ICO ecosystem. But with concerns for investor safety, the government of Singapore has begun to step in.

In a statement released on August 1, 2017 the Monetary Authority of Singapore, disclosed that, “the offer or issue of digital coins in Singapore will be regulated by MAS if the digital coins constitute products regulated under the Securities and Futures Act (Cap. 289) (SFA)”. MAS cited concerns that “ICOs are vulnerable to money laundering and terrorist financing risks due to the anonymous nature of the transactions, and the ease with which large sums of monies may be raised in a short period of time”.

In addition, companies will now have to register a prospectus with MAS prior to an ICO if the digital coin falls under the definition of a security in the SFA. Finally, secondary exchanges for virtual coin trading also, “have to be approved or recognised by MAS as an approved exchange or recognised market operator”.

The statement from the MAS is unlikely to slow down ICOs, but rather new regulations will strengthen the funding model and weed out the troublesome participants.

In the current state of ICOs, legitimate companies are viewed in the same light as pump and dump scams and Ponzi schemes that tarnish the legitimacy of initial coin offerings. With increased regulations that evolve with the ICO market, Singapore will help to standardize the ICO process and allow credible companies to raise funds from investors who are well informed of the risks involved.

For now, Singapore policy makers, companies and virtual coin investors are uncertain what new regulations will look like. It’s now the responsibility of the entire ICO ecosystem to create policies that protect investors and allow legitimate companies to enjoy the benefits of this new funding model.