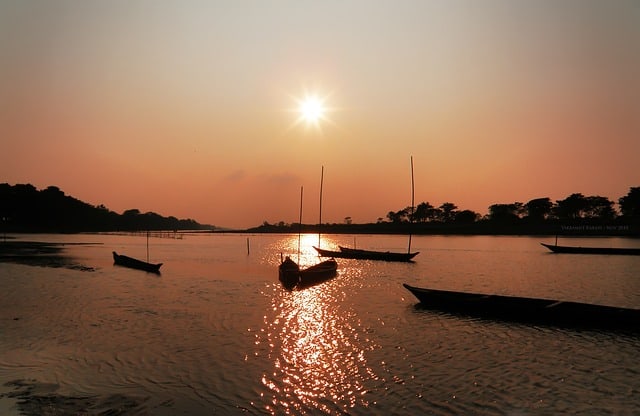 This week, Indian Prime Minister Narendra Modi was in Singapore for a two day state visit. The visit was timed to commemorate the fiftieth anniversary of the establishment of diplomatic relations between India and Singapore. Modi and the Singapore Prime Minister Lee Hsien Loong signed the India-Singapore Strategic Partnership, which outlines the roadmap for long-term co-operation between the two countries in the areas of urban management, cultural development, and defence.

A major topic of the visit was foreign investment into India. Modi aimed to persuade Singapore that India was ready for their financial investment, and he outlined the reforms he has instated to restore the credibility of India as a venue for global investment. As India’s 10th-largest trading partner, Singapore’s investment helps create global perception of India as a robust and financially viable market. The partnership agreement signed by the two heads of state seeks to promote greater trade between the two nations, as well as encouraging business leaders to take up opportunities in international markets.

Building upon a history of cooperation

Seeking to strengthen the relationship between India and Singapore, Modi gave a speech to the India-Singapore Economic Convention in which he stressed the historical ties and shared cultural attitudes between the two countries, and the potential for positive involvement between them in the future. He cited Singapore’s involvement in the development plans for Amaravati, the capital of the Andhra Pradesh region, as an example of the benefits of mutual co-operation between the nations. The Singaporean government provided master plans for the capital’s development, and Chief Minister N. Chandrababu Naidu demonstrated his commitment to this joint project when he recently laid out his intention to instigate direct flights between Amaravati and Singapore in the next few years. Mr. Naidu spoke of his vision to develop Andhra Pradesh as the logistics hub of Southeast Asia, by following the example of Singapore through its international links in trade and transport.

Further topics under discussion during the visit included India and Singapore’s shared interests in urban development, skills and education, and transportation. Singapore’s expertise in the topics of urban planning, including sustainability, quality of life, and water and waste management, make it an ideal partner for India’s rapidly urbanizing population. The technological advances and administrative systems which have helped to make Singapore Asia’s greenest city have important lessons for other world leaders, including Modi. More than 30% of India’s population now lives in urban areas, and this is predicted to increase rapidly in the next decades. This huge shift in living conditions will require adaptation and investment from the Indian government in order to meet the needs of this city-based population and provide them with a decent and sustainable quality of life; a project to which Singapore can bring unique expertise and insight.

In a speech on Tuesday regarding the modernisation and development of India as a player on the international stage, Modi spoke to the obstacles which climate change can present to developing nations. India will require large amounts of energy to achieve its desired growth over the next decades, and Modi described his government’s dedication to researching and using clean and renewable energy sources. He highlighted Singapore, along with Germany and the USA, as leaders in skills development for energy specialists, who will be working alongside India to develop solutions to the challenges of global warming and dwindling resources. Modi rejected the US’ characterization that India will be a “challenge” to manage at the upcoming United Nations Climate Change Conference in Paris, asserting that India will not create any problems for the international community in combating climate change.

Modi also tackled the major topic of reform in India. “In the last 18 months, the run-ways for the take-off of the economy have been made. Reforms are happening in a big way… They aim at helping people realize their dreams,” he said. In order to encourage foreign investment, Modi cited the easing of FDI (foreign direct investment) regulations to remove some of the red tape that confronts external investors. He also noted that the reforms have already begun to yield positive results, such as the 40 percent increase in FDI for this year’s period as compared to last year. Investors from Singapore and around the world were invited to consider India and reassured that it was a stable and promising environment. “I am here to invite you to India in a bigger way,” Modi said. “I have also come to assure you that I am there to carefully hold your hand.”

However, there are challenges in the development of relations between India and Singapore. Singapore is a notably pluralist and secular society, with significant ethnic and religious diversity. With no one religion endorsed by more than half of the population, Singapore’s state apparatus is necessarily secular, keeping religious convictions at a distance from the governmental and legal system. The Indian government has received criticism from some in Singapore for their lack of protection for minorities, and for the perception that certain religious beliefs are supported more than others by the Indian state.

Despite the shared culture which Modi alluded to in his speech, there are tensions between the Indian and Singapore approaches to diversity and identity politics. The importance of pluralism to Singapore national identity was underlined by Deputy Prime Minister Tharman Shanmugaratnam when he described natives of the country as sharing an aspiration to education and work, regardless of their race or social background, and a desire for liberty in practising religion without facing discrimination. Ironically, this approach owes much to Mahatma Gandhi and other founders of the Indian Republic, and is one which many in Singapore would wish to see more strongly enacted by India’s current leaders.

Improved political and economic ties between the two countries bode well for Indian entrepreneurs. The Indian bureaucracy is notorious for its inefficiency and the regulatory burden that it imposes on new firms. This is in stark contrast to the ease and efficiency with which a new company can be setup and operated in Singapore. For instance, the World Bank Group ranks India 130 for the ease of Doing Business whereas Singapore is ranked first on this list. With closer integration between the two countries, Indian entrepreneurs will have the option of using Singapore as the place where they incorporate their new venture thereby avoiding Indian red-tape and regulations.