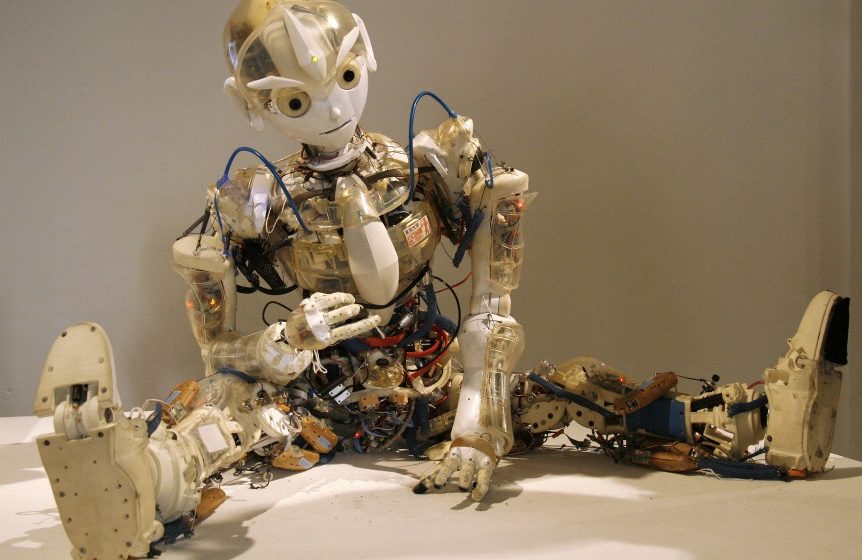 The likely impact that automation will have on our economy, culture and politics is a hot topic of debate these days in economic and technology circles. To some, the growing sophistication of Artificial Intelligence technology represents an existential threat to humanity while others consider automation a benign technology that will eliminate drudgery from work and lead to a happier world. The true impact is likely to be somewhere in the middle. Automation involves using machines and information technologies to improve economic productivity. As with most technologies of the past, automation destroys old industries as quickly as it builds new ones. It has played a large role in the shift from industrial jobs to service jobs in developed countries over the last century. What current industries are most threatened by automation and does increased automation mean for society more broadly?

A threat to traditional employment

Innovation has always made some jobs obsolete. In the Industrial Revolution, millions of farmers were displaced by agricultural technology. Over the past 30 years, automation has dispensed of ticket agents, bank tellers, post office workers and many production line jobs in the same way. Countless traditional white-collar office jobs vanished when personal computers and word processors became prevalent.

Until now, the industries most vulnerable to machines were those that involved routine work. To some extent, this is still true: driverless cars threaten the livelihood of taxi drivers, chauffeurs and delivery men. Airbnb poses a threat to the lower end of the hotel industry. However, exponential increases in processing power have created computers that perform even complicated tasks significantly more cost effectively and faster than humans. For example, computers can sift through biometric data and may be able to diagnose illness more reliably than a doctor. Even public sector jobs, traditionally resistant to innovation, are affected by automation. Computers can detect bank fraud more quickly than any police officer can. According to a study by researchers at Oxford University, as many as 47% of today’s jobs in the US might be automated in the next two decades.

The job losses that automation will bring about over the next few decades are of both macroeconomic and political significance. The unemployment caused by automation is typically structural, denoting a shift in the type of skills that the economy needs. The time frame required to retrain the workforce on new skills can often be very long and can lead to long periods of unemployment for workers whose skills are not required anymore. If structural unemployment is prolonged, it can have trickle down impact on consumer spending and confidence in the economy. Structural unemployment also places a burden on the welfare systems.

But what about economic progress?

Although automation destroys some jobs, it also creates better ones as wealthier citizens demand higher-quality goods from a more productive society. For example, as a result of mechanization and improved crop yield technology, employment in the US agricultural industry has dropped from 90% to 2% in 200 years — and that 2% produce far more food. Former farm workers were freed to enjoy more productive professions and increased leisure time, not trapped in long-term unemployment. Their framing skills could be redeployed in construction or manufacturing jobs with minimal training. In fact, the growth of Detroit in early 20th century mimics this pattern when large numbers of former farm workers from the South of USA migrated to its North to take up manufacturing jobs in the automobile industry.

The same is true today. Technologies like the Internet, robotics and aeronautics have made many professions redundant, creating millions of new industries in the process. But the skills of the obsolete workers could easily be redeployed in the new industries – there might be fewer secretaries than 50 years ago, but there are more online marketers, web designers, computer programmers and robotics engineers than ever before. Amazon’s Kiva robots have saved hours of employee time (not to mention aching feet!) by scurrying across large warehouses to deliver customer orders to the human packaging team, freeing up labour to do something more valuable.

Automation increases productivity, quality and consistency of business output, as well as saving entrepreneurs money on wages and labour taxes. The increased profits can be reinvested, creating more wealth for society. The effects on labour productivity can be seen at a national scale; the Chinese government is investing billions into automation to counteract the population decline caused by its One Child policy.

The changing pace of automation

In the past, the disruptive effects of automation on industry and workers are largely short-term. As workers adjust their skills to reflect technological progress, entrepreneurs create new jobs for them based on the new technologies. The short-term unemployment that automation causes is painful, especially for the poorest and least skilled, but jobs always rebound. This has consistently been the case throughout history.

What is new is the pace of innovation. Society has not seen such rapid rates of workforce change since the Industrial Revolution. Given that the ratio of employment to the overall population has been falling in developed countries, it’s unclear whether the market is moving fast enough to keep up with this change. Futurist Ray Kurzweil believes that we are rapidly heading towards a “Technological Singularity” — a time when artificial intelligence is indistinguishable from that of humans. If Kurzweil, now employed by Google, is correct, and the pace of automation is increasing, almost all employment will be a thing of the past in as little as 30 years. But in such a future, what jobs will be left for humans to perform?

The jobs destroyed by present-day automation — tasks such as bookkeeping, clerical work, and production line work in factories — historically provided the bedrock for the middle class in most western economies. In the past, those affected by job losses learned new skills: web design, computer programming, legal work, etc. that enabled them to continue a middle-class paycheck and lifestyle. But as these middle-class jobs are eliminated by automation, the only path left for these displaced workers is at the low-end, where service jobs that require human skills continue to abound such as those for restaurant workers, home careers and janitors. These simple service jobs are difficult to automate (at least for now) because they require a degree of emotional literacy that is beyond modern robots.

Therefore, it seems likely that the skills that are least vulnerable to automation (creativity, empathy, managerial skills) will lead to jobs that are clustered either at the top or the bottom of the economic hierarchy. The proliferation of automation raises challenging questions about income inequality and the future of the middle class. If most jobs can be performed by technology, then the fruits of such an economy will accrue exclusively to the people who own or control that technology, with the vast majority of workers performing menial service jobs for this small elite. Does such a dystopian future await us?