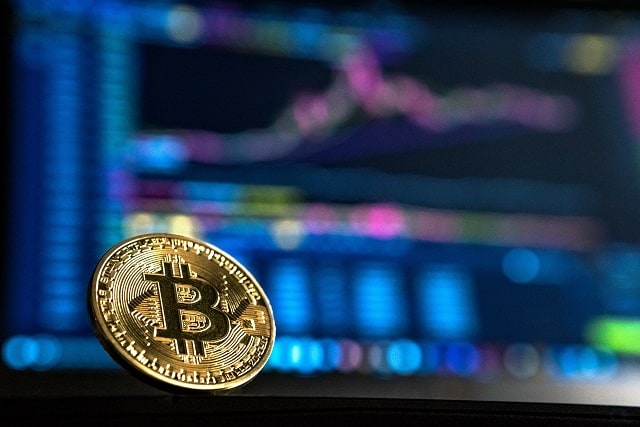 After astronomical gains in 2017, cryptocurrencies saw extreme price volatility in 2018.

Similarly, other popular cryptocurrencies, such as Ethereum, Bitcoin Cash, and Litecoin, have also seen major price crashes in the new year after a run-up in price in 2017.

Many serious economists predict that the losses so far are just the beginning and cryptocurrencies have a lot further to fall. When the Bitcoin was trading around 10,000 last year, in a New York Times article the Nobel Prize-winning economist Paul Krugman argued that Bitcoin has no intrinsic value and that all cryptocurrencies were a huge financial bubble.

Similarly, Dr. Nouriel Roubini, a world-renowned economist and professor at New York University Stern Business School, called “[Bitcoin] …the biggest bubble in human history” in an interview with Bloomberg. He went on to state that the price of the cryptocurrency will continue to fall because “the fundamental value of Bitcoin is zero”.

And, Dr. Robert Shiller, regarded as the leading authority on economic bubbles, had this to say to CNBC about Bitcoin at the World Economic Forum in Davos in January last year: “It reminds me of the Tulip mania in Holland in the 1640s, and so the question is did that collapse? We still pay for tulips even now and sometimes they get expensive. [Bitcoin] might totally collapse and be forgotten and I think that’s a good likely outcome but it could linger on for a good long time, it could be here in 100 years.”

But in addition to the price volatility and the risk of further collapse, cryptocurrency investors have another immediate problem that most have been ignoring but which can land them in serious trouble.

In most jurisdictions around the world, cryptocurrency investors who profited from any trading in prior years must face the reality of paying capital gains taxes on their profits.

For instance, in the United States, where Bitcoin is heavily traded, investors are required to pay capital gains tax of up to 20% for long-term capital gains. Furthermore, investments held for one year or less (i.e. short-term gains) are subject to ordinary income tax rates which can reach as high as 39.6%.

On February 23, 2018, Coinbase, a popular cryptocurrency exchange turned over identifying records of over 13,000 users to the Internal Revenue Service (the US tax authority). During this tax season, the Coinbase users, along with all cryptocurrency investors, will be expected to report their gains to the IRS that result from the following transactions:

Exchanging cryptocurrency for fiat currency: This is the most straightforward events that trigger capital gains. An investor sells his cryptocurrency at an exchange for a fiat currency and realizes a capital gain or loss. For example, Alan, a crypto investor, bought one Bitcoin in January 2015 for USD 313.92 and then sold his Bitcoin during the mid-December peak for USD 19,343.04. While filing his taxes in 2018, Alan will have to pay just under USD 4,000 in long-term capital gains for his profits of USD 19,029.19.

Buying goods and services with cryptocurrencies: In the eyes of the IRS, a purchase of goods or services using a cryptocurrency is actually two transactions. The first is the sale of an asset (i.e. the crypto) for a cash value. Then the proceeds of the sale are used to purchase goods and services. Since an asset has been sold in the transaction, the purchase of goods or services using crypto triggers a capital gains event.

Here is a simplified example to clarify the tax implications.

The United States is not alone in taking more aggressive action to tax cryptocurrencies.

Furthermore, the NAT is creating a database of cryptocurrency investors and has set up teams in Tokyo and Osaka to monitor cryptocurrency trading activity.

For the Japanese government, the new taxes on cryptocurrency could prove to be a lucrative revenue stream. According to a report from Bloomberg,  approximately 40% of Bitcoin’s market cap is traded in Japanese yen.

The tax regulations of cryptocurrencies is expanding, especially in countries where cryptos are heavily traded. In India, the government issued notices to 100,000 cryptocurrency investors who were suspected of hiding their profits. In a statement from Sushil Chandra, chairman of the Central Board of Direct Taxes in India clarified the government’s actions:

“People who have made investments [in cryptocurrency] and . . . have not paid tax on the profit earned by investing, we are sending them notices as we feel that it is all taxable”.

In South Korea, cryptocurrency exchanges that made over 20 billion won (USD 18.8 million) last year must pay 22% corporate tax and 2.2% local income tax on their earnings. Furthermore, the South Korean finance ministry plans to develop ways to tax cryptocurrencies, which it hopes to fully implement in 2019.

It seems that world governments have taken notice of the earnings that cryptocurrency investors have made and are likely to continue to take more aggressive action to ensure they see their cut of the profits.

While Singapore-based investors still have to suffer through the volatile prices of cryptocurrencies, they do not have to pay any taxes on their investment profits.

As a part of Singapore’s competitive tax regime, there is no capital gains tax levied on the sale of property. This includes real estate, financial instruments, company shares and long-term investments in cryptocurrencies.

Singapore, as one of the few jurisdictions in Asia to offer zero capital gains tax, is likely to keep attracting more cryptocurrency investors who are looking to save money on their trading activities. Investors from around the world have been using Singapore as a base to hold their investments–not only for the country’s lack of capital gains taxes but also for its numerous other business-friendly policies. Unlike the future of cryptocurrencies, Singapore’s attractiveness as a smart venue for serious investors is quite secure. While crypto-currencies may be a very risky investment, if you are planning to trade them nevertheless, consider Singapore.

For cryptocurrency investors, there is plenty to worry about. These include future price fall warnings from some of the world’s most respected economists and high tax bills on cryptocurrency profits. However, smart investors and entrepreneurs can avoid one of these worries by availing the low taxes and a pro-business ecosystem offered by Singapore.