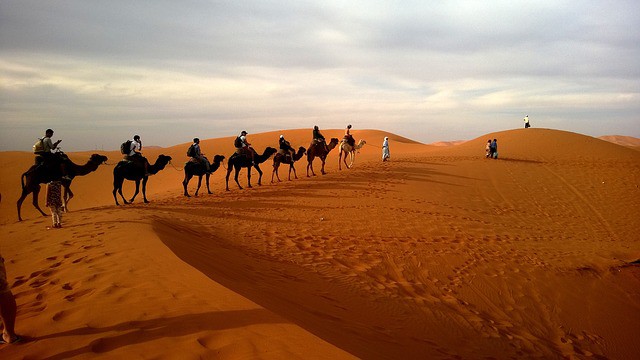 Singapore can look forward to greater investment from China in the future, thanks to China’s One Belt, One Road policy. This policy, unveiled by Chinese president Xi Jinping in 2013, is guides the country’s foreign policy and development strategy. It aims to create an economic “land belt” by establishing free trade between China and nations which were part of the original Silk Road trading routes, as well as a maritime road linking up the ports in China with other coastal trading cities. It promotes investment by the Chinese government and by individual Chinese businesspeople into foreign markets situated along the route, including an expected $100 billion to be spent in Asia from the new Asian Infrastructure Investment Bank, and $40 billion to be spent on the Silk Road Infrastructure Fund to improve transport and trade links in the region.

China and Singapore – a history of cooperation

As a close trading partner of China, Singapore can expect to benefit from the One Belt, One Road policy. The two countries share a strong ethic bond, nearly 75% of Singapore citizens are of Chinese – particularly Han Chinese – ancestry. Since they established diplomatic relations in 1990, China and Singapore have become strong economic allies. The two countries’ mutual cooperation can be seen in join projects like the design and construction of the Suzhou Industrial Park or the Sino-Singapore Tianjin Eco-City, as well as in joint projects in the areas of investment, trade, tourism, and education. Chinese foreign direct investment in Singapore began to gain speed in 2007, when it reached a level of $398 million, which was more than double the rate of investment in 2006. Investment levels continued to grow rapidly over the next five years, and peaked in 2013, when Chinese foreign direct investment totaled $103.3 billion, making China Singapore’s largest foreign investor country by a considerable margin.

In fact, Singapore is the Asean (Association of Southeast Asian Nations, including Indonesia, Malaysia, the Philippines, Singapore, Thailand, and Vietnam) country which receives the most investment from the world’s biggest four economies – China, India, Japan, and the US. Of the money that these “Big Four” invest in Asean countries, over fifty percent in total goes to Singapore. Chinese capital will also be flowing to the Asean countries through schemes such as the China-Asean Investment Cooperation Fund (CAF) and the Asian Infrastructure Investment Bank (AIIB), which aim to solidify China’s position as a source of investment in the Southeast Asia region.

A boon for investment in SMEs in Singapore

Now, the level of Chinese investment in Singapore is expected to grow even further. The One Belt, One Road financed projects could include construction project such as building roads and airports. But the increased investment is likely to spur growth in the SME sector as increased integration of China with the region will benefit indirectly too. This makes now a particularly good time for entrepreneurs to launch their ventures in Singapore. SMEs in Singapore enjoy many other perks, including the popular Productivity and Innovation Credit scheme, which gives up to 400% tax deductions for businesses who participate in innovation and training activities, including: leasing IT equipment, training employees, licensing intellectual property right, registering trademarks and patents, research and development, and investing in design projects. The Singapore government’s SPRING initiative also offers schemes for supporting SMEs in the training and mentoring of their employees, with a budget of up to S$45 million for the project. These schemes are part of a push to encourage more small businesses in Singapore to list on the stock exchange, which can be an expensive process, requiring more employees and system upgrades. The incentives in place in Singapore will help to defray these costs and encourage small businesses to grow.

The increase in Chinese investment in the Southeast Asia region has been credited in part to the easing of regulations regarding capital transfers out of China, along with the increasing number of privately-owned businesses from China which are now participating in foreign direct investment. The outbound investment from China into Southeast Asia has been focused so far on the technology, telecommunications and the manufacturing sector, and is expected to further expand into the transport infrastructure and real estate sectors in the future. As a global leader in finance, services, technology and telecommunications services, Singapore is well positioned to benefit from this uptick in investment from China in the region.

Chinese and other firms moving to Singapore

The increasing level of investment from China into Singapore is part of a trend of Chinese businesses taking a more prominent interest in the nation. What started as a small number of businesses moving their headquarters from China to Singapore, looking for growth in the Asia Pacific region, has become an increasingly attractive option for large and small enterprises. Damian Chan, international director for Americas from Singapore’s Economic Development Board (EDB), says that in recent years “we’ve seen a trend of large companies moving their Asia Pacific headquarters from China to Singapore”.

The influx of talented businesspeople to Singapore gained international public attention in 2012, when the co-founder of Facebook, Eduardo Saverin, moved there to focus his investments in the Southeast Asia market. During the same time period, the profile of Singapore as a business destination was growing throughout Europe too, with a survey of UK investment bankers finding that 3 in 10 named Singapore as their preferred place to work.

Factors credited for the popularity of Singapore as a destination for businesses owners and entrepreneurs include Singapore’s business-friendly tax system and other financial incentives in place for SMEs, as well as support for family life and education including the availability of highly-regarded international schools, the clean air and lack of pollution, and a high quality of life in a modern, cosmopolitan city.